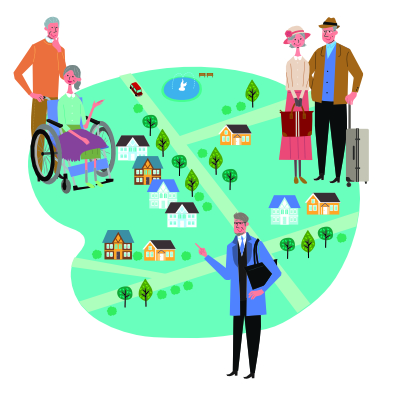 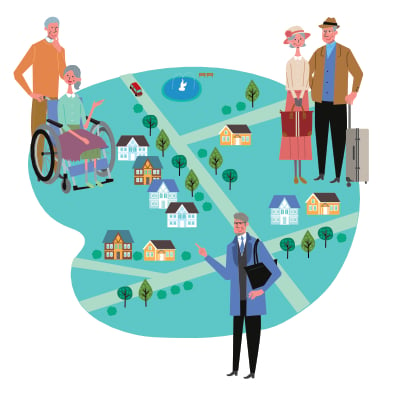 The number of older people is rising dramatically, particularly those in the 85 years and above age group.  Because the likelihood of developing dementia increases with age, reaching a one in 3 chance by the time a person reaches 85, we must turn our attention to eldercare, age-friendly initiatives to be that of dementia-friendly initiatives.  Let's look at what research tells us about how our neighborhoods can be transformed to age-friendly, dementia-friendly places for people to live as they grow older.

The Wellbeing in Sustainable Environments Research Unit of the Oxford Institute for Sustainable Development in the UK concluded a three-year research project, examining how the outside environment could be more dementia-friendly.  These findings are enabling designers to consider criteria in developing dementia-friendly neighborhoods, whether that is in urban, suburban or rural areas.

Summary of their key findings include:

These guidelines provide us with valuable insight in creating neighborhoods of the future.  As the dementia-friendly initiatives sweep our country, it is important that leaders gain the education and knowledge about dementia and how we might best work collaboratively to allow as much safe independence for our older adults as possible.

Pam Brandon is President/Founder of AGE-u-cate Training Institute and a passionate advocate for older adults and those who serve them.  She is the creator of the internationally recognized Dementia Live® Program, enabling those who care for and serve older adults to gain a first-hand understanding of living with dementia.

The Perpetual Now: Living in This Moment While Living in the Past

As a parent or caregiver, you likely have been asked, “When is dinner?” or “Do I have to do that now?” Sometimes the questions are perpetual and never ending. We are... 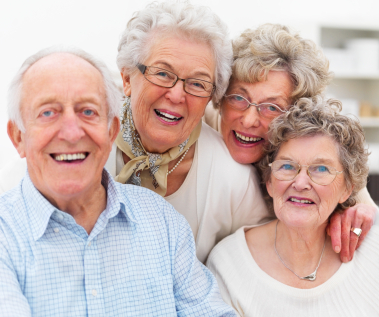